Data Scientist Salaries in Europe in 2018 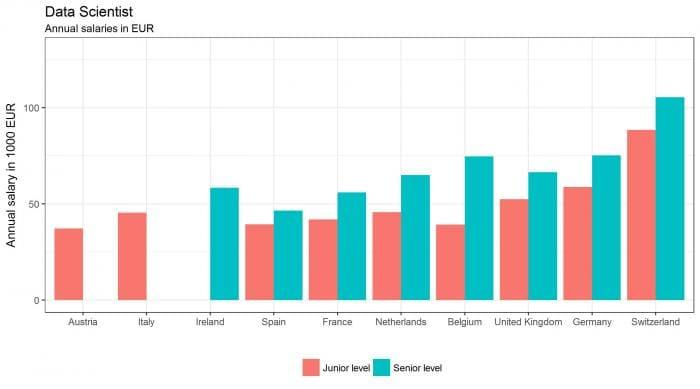 Since the dawn of the digital age, the amount of data stored on servers has risen dramatically. More and more firms are looking for talent that can handle their datasets and generate insights for business decisions. Data scientists are among the most popular for this task. Google Trends shows that the global volume of the search term “Data Scientist” has tripled over the last 5 years - but how does the increasing demand translate into earnings of data scientists in Europe? We collected salary data from Glassdoor from 10 countries in Europe to find out. 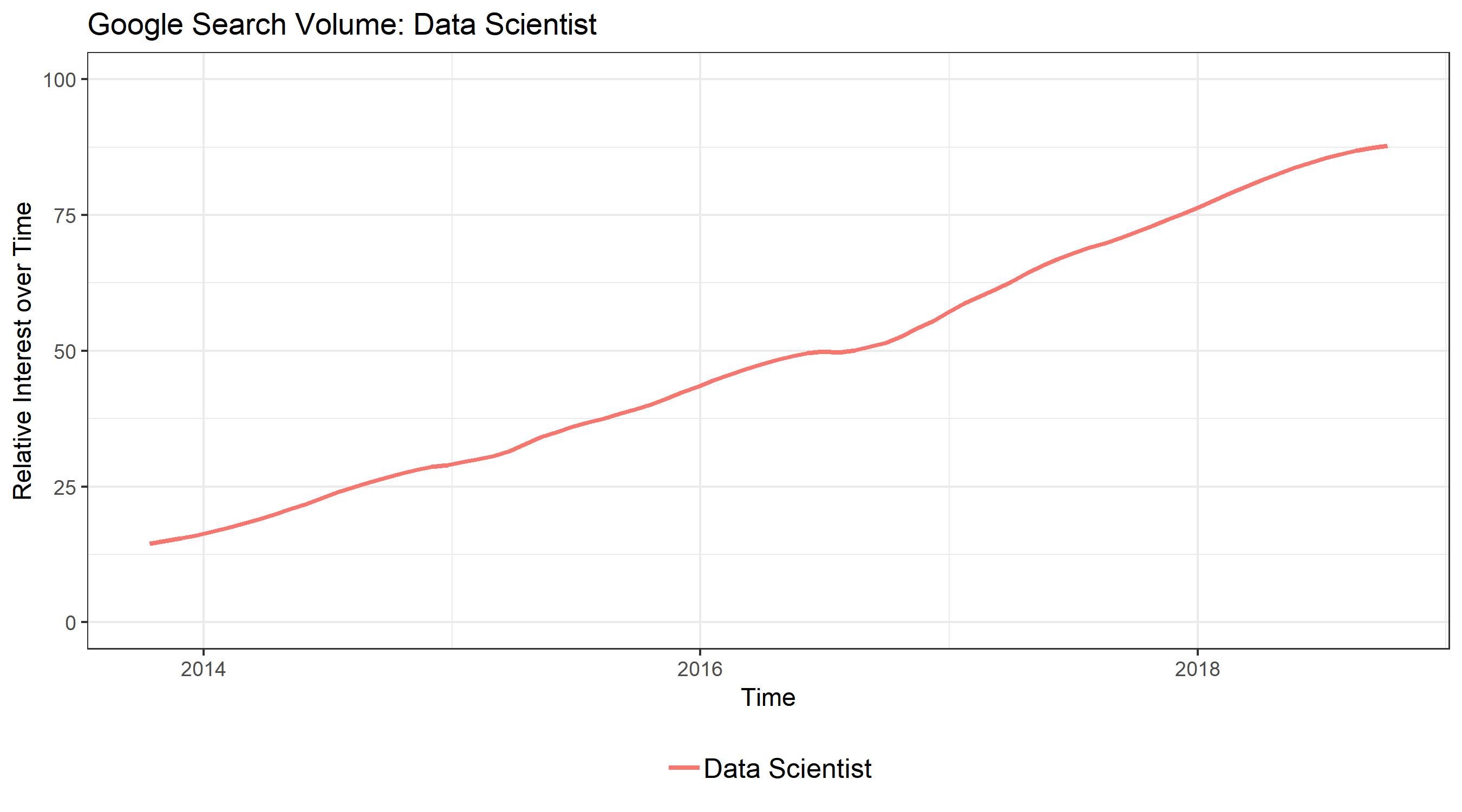 Switzerland has the highest salary for data scientists

In the workplace, salaries are neither transparent nor openly shared in most cases, and reliable resources are available. Glassdoor offers self-reported salary information by location and employer and thus provides some insights into the salary structure of data scientists. We collect salaries for job titles containing “data scientist” or "data science" in Austria, Belgium, France, Germany, Ireland, Italy, Netherland, Spain, Switzerland, and the UK. To make salaries comparable, we changed them into annual salaries in Euro (GBP/EUR: 1.12, CHF/EUR: 0.88).

The figure plots mean nominal salaries per year by country and seniority. Junior level salaries range from EUR 37,200 per annum in Italy to over EUR 88,400 per year in Switzerland. Together with Switzerland, Germany and the UK, with over EUR 50,000 per year, are part of the leading group.  With wages over EUR 100,000 for senior positions, Switzerland stands out strongly from the other countries. 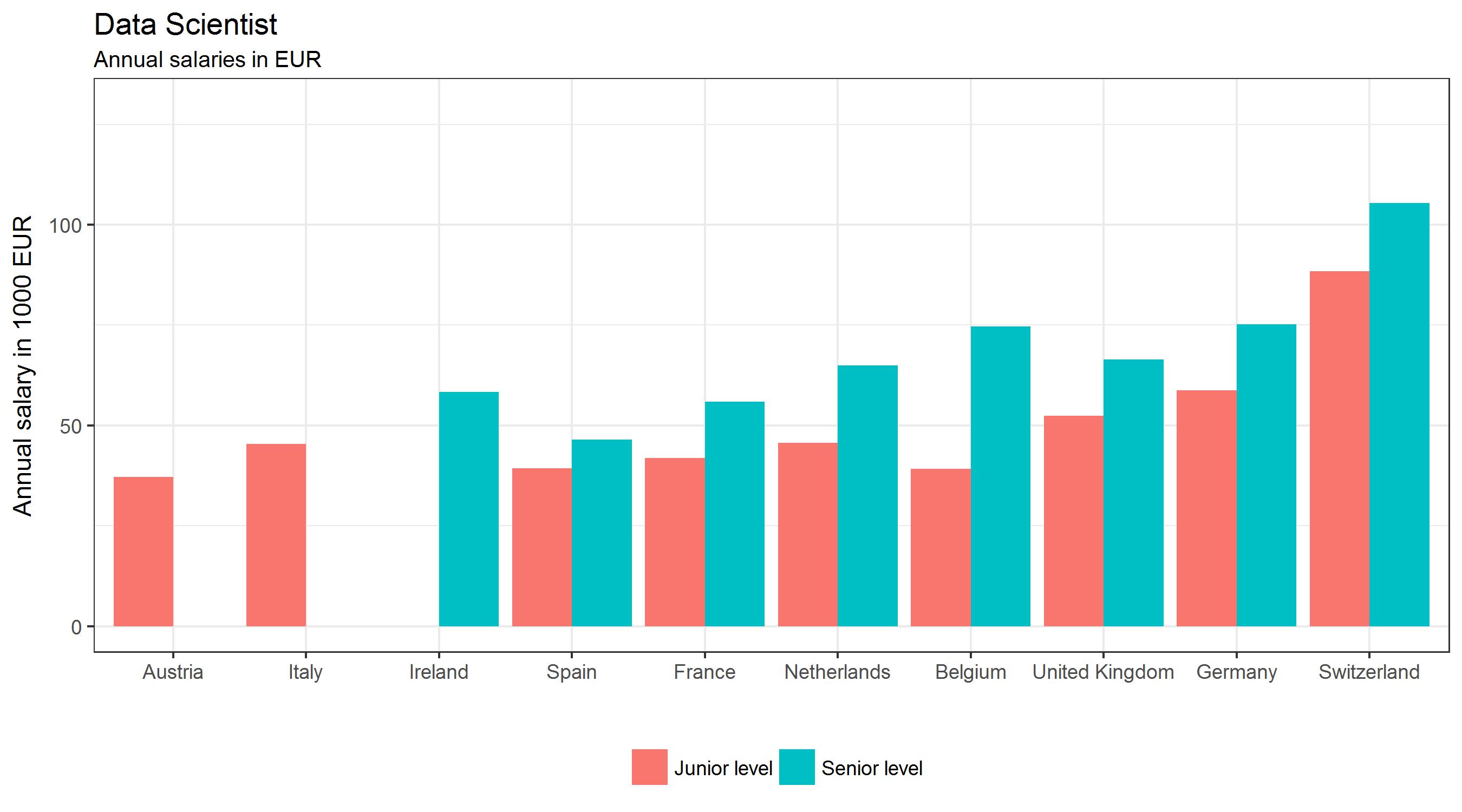 Germany moves closer when adjusting for cost of living

The nominal salaries tell little about the underlying purchasing power. Swiss cities are famous for being among the most expensive cities on the planet. We use the OECD price level index to adjust the local price level and compute real wages. The table below depicts the average annual salary for junior level positions. The OECD index shows that the cost of living in Switzerland is more than 70% higher than in Spain. Hence, parts of the differences in salaries in data science can be explained by the differences in the cost of living. However, accounting for the cost of living only changes the ranking slightly. Only the UK loses some ranks, taking into account what an expensive place to London is. Switzerland remains first place, but it’s the difference to Germany shrinks down to about EUR 2,200 per year in real wages.