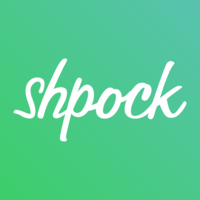 Shpock is a mobile marketplace that brings millions of private buyers and sellers as well as local businesses together. The categories range from electronics, fashion and furniture but also specialised interests such as cars and property. Being initially launched in September 2012, the online marketplace now has more than 10 million active users. The average Shpock user doesn’t just stop by, but ends up spending a subsequent amount of time in the app - which have been at 2 billion screen views per month in total

Email me jobs from Shpock