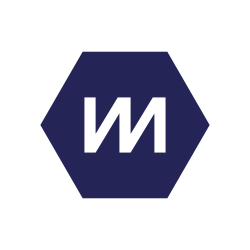 We are Multiverse, a tech startup on a mission and one of the fastest growing companies in Europe. We’re building an outstanding alternative to university and corporate training, to develop a diverse group of future leaders. Our unique apprenticeships serve as an alternative to the traditional college and university system. Our impact focuses on three primary areas: measuring potential beyond academics to recruit apprentices, delivering world-class job-focused training via applied learning programs, and helping diverse groups of young people build social capital and strong networks through a thriving community both on and offline.

In Europe we are expanding rapidly and already work with over 300 clients including Facebook, Morgan Stanley, KPMG, Kantar, Citi and Microsoft.

As a company we have big plans, to continue our expansion and growth in the UK, but also launched our programs in the US this spring. We want to build an iconic company that becomes one of the great European businesses of our generation.

To kick start the year we announced our Series B funding round. At $44 million, it’s the largest venture raise from a UK EdTech company in history. The round, which was led by General Catalyst, also features GV (Google Ventures), and includes Audacious Ventures, Latitude and SemperVirens. Index Ventures and Lightspeed Venture Partners, who contributed to a $16 million Series A investment last year, also participated in the round.

Email me jobs from Multiverse