Unlock the seriously huge potential at a very early stage, with a company focussed on Artificial Intelligence, and specifically driverless cars.

Be involved in building the Uber for driverless cars! (just with a slightly better reputation...)

With an equity stake at a company with less than 30 staff, and 30million funding, there is an opportunity to change the automotive industry as we know it.

Your role will be DevOps Ground Zero, building the 'DevOps' Engineering function from the ground up.

Due to the nature of the AI world you'll operate in, there are unprecedented levels of raw data that need to be manipulated and replicated to advance the technology.

We require someone who can be both hands on and involved in a strategic level. For instance, what cloud platform do they adopt - AWS, Azure, Google? Or none of the above. You'll understand immutable infrastructure, you'll be interested in infrastructure as code, in containers, you'll be following the orchestration battles and will have a deep understanding of virtual machines.

In addition to this, you'll understand what it takes to work for an early stage, high growth tech start-up. That everyone chips in where they need to, rolling up their sleeves to get their hands dirty in things not confined to 'their remit'.

In return, you'll have the opportunity to work with some of the worlds smartest software engineers, on a product that could be potentially first to market, and genuinely ground breaking.

Due to the nature of the role, you'll also be involved in the corporate infrastructure as the company grow, with a view to hiring people under your wing to manage the internal IT. The role incorporates multiple functions, with significant breadth and autonomy.

Please get in touch for a conversation to be considered... 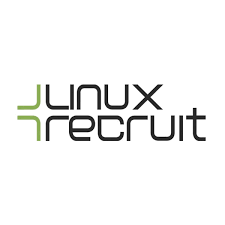 We work to bring Linux, Open Source and DevOps talent together with the most forward thinking organisations across Europe.

Our job is helping to build a team to do something great.

That’s why we think long term and aim to build a real partnership with everyone we engage with, with open and honest communication between everyone we work with.